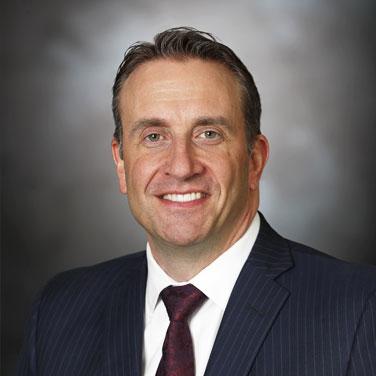 Darrin Rosha is an attorney with the Rosha Legal Group in Orono, MN. He is also a Colonel serving as the military judge for the Missouri Army National Guard.

He previously served as a law clerk for Judge Gerald Heaney of the U.S. Court of Appeals for the Eighth Circuit, associate attorney at Briggs and Morgan, dean of students at McNally Smith College of Music in St. Paul, and general manager and counsel for Crutchfield Dermatology in Eagan. Rosha deployed to Basra, Iraq, as chief of operational law with the 34th Infantry Division “Red Bulls” from 2009 to 2010.

He received bachelor's degrees in applied economics in agriculture and political science and a law degree from the University of Minnesota. Rosha previously served as an at-large Regent from 1989 to 1995. He lives in Independence, MN, with his wife, Valorie, and their three children.